Before lockdown, Children have been participating in various ice activities and to extend their interest, we made DIY snow.

HOW DID IT START?

During mat time, children were talking about how their weekend was. When the children were asked about the weather, they said it’s cold and rainy. They asked if it snows down here in Auckland, and the teachers replied with  “No, but we can make snow here.”

One child asked “How are we going to make snow?”

Teachers explained how snow can be made with only two small ingredients (Baking soda and Hair conditioner). All the children were very excited to start making snow.

Every 4-5 Year old sat around the table to participate in this activity. Firstly, we spoke about snow, its texture and colour.

Addie: “I like snow mountains. It is very cold and white in colour.”

Aarya: “I went to the snow planet with my family and played snow fights.”

Next it was time to begin the process.

Step 1: Children watched a short video on the iPad on how to make the DIY snow.

Step 2: With the help of the teacher, children added baking soda and conditioner in the bowl.

Step 3:  They started mixing it. Every child had their turn in mixing the two-ingredient to make the snow.

Step 4: Once the DIY snow was made, we divided the children into small groups of 2-3.

Step 5:  We gave them tiny balls of snow for them to play and make shapes of their own.

Aarya:  “Jessy, there is snow everywhere.”

Jasmine: “Look, it looks like a white powder. I am going to make a marshmallow with this. Here you go Addie”.

Adelaide: “I am making marshmallows too. I will help Jasmine. Look at this ball. We are squishing the snow to make a big marshmallow. Let me put in the middle.”

Jessy: “I am going to make a ginormous marshmallow.”

Aarya and Jessy: “Teacher, when can we start making a snowman?”

Teacher: “Once you all finish playing, then we can make the snowman.”

Once the children finished playing with the snowballs given to them, we then began making the snowman which they’ve been asking for. The children were told to make one small and one big snowball. With the help of the teacher, they made the snow balls and assembled them together. The first time, it broke but they kept trying till it was stable. The snow-mans hands and feet were made with tree branches which children collected from the centres backyard.

All the children were excited to make their snowman and they also tried making different shapes like mountains, balls, etc.

By doing the DIY snow in the centre, children have developed their creative and imaginative side of thinking as well as their fine motor skills. Further, they expanded their essential vocabulary by learning the names of different shapes, colours, and materials. 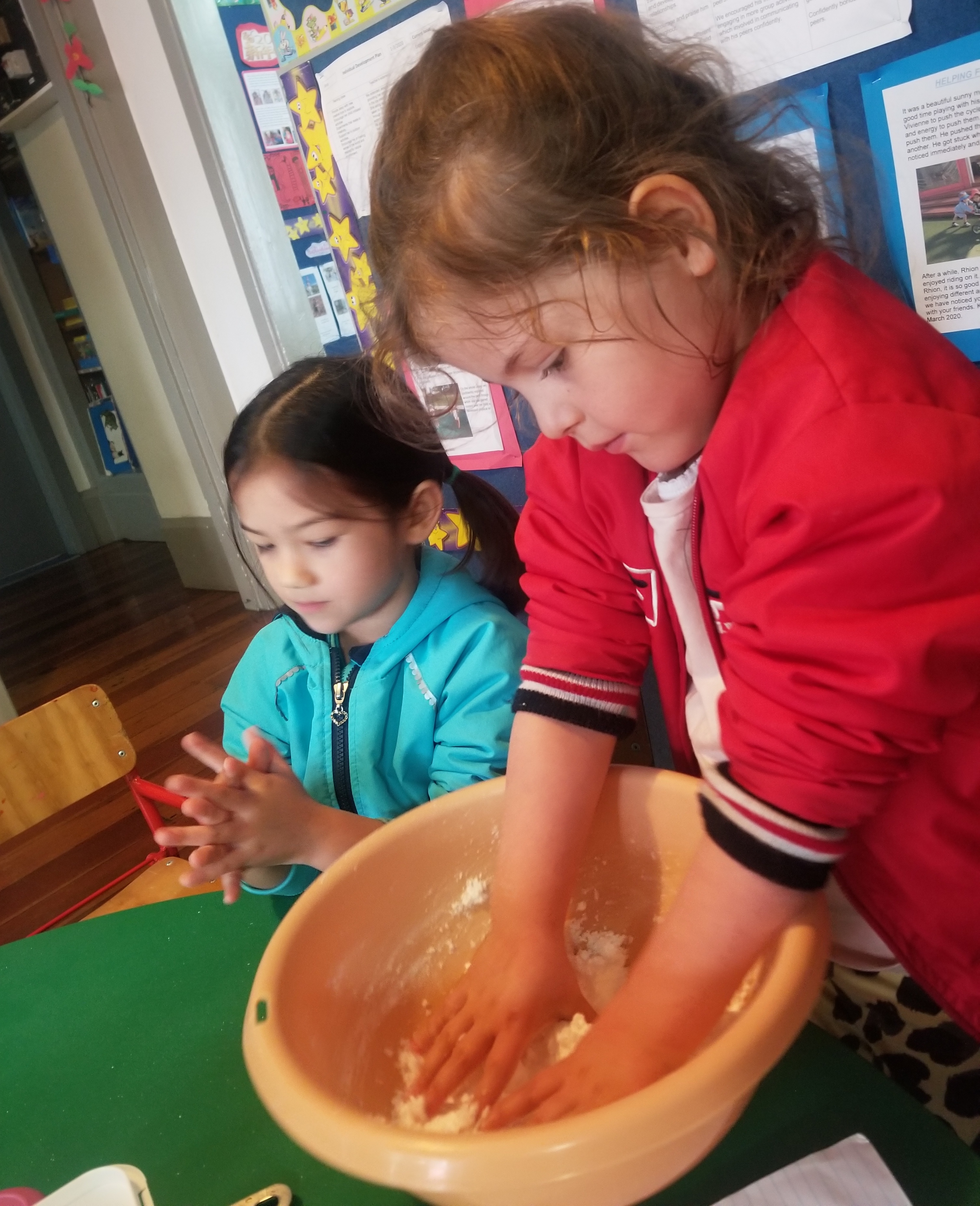 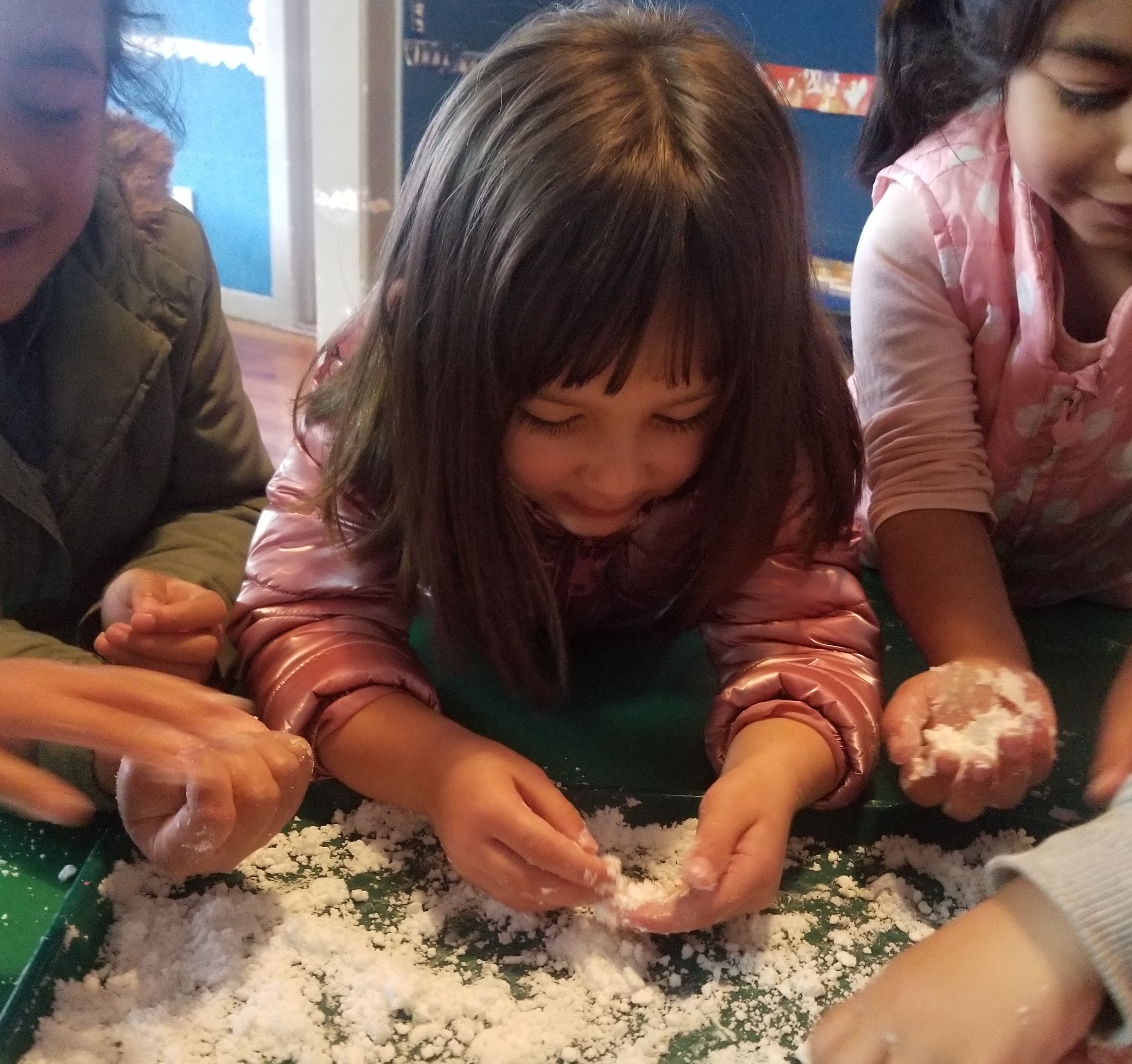 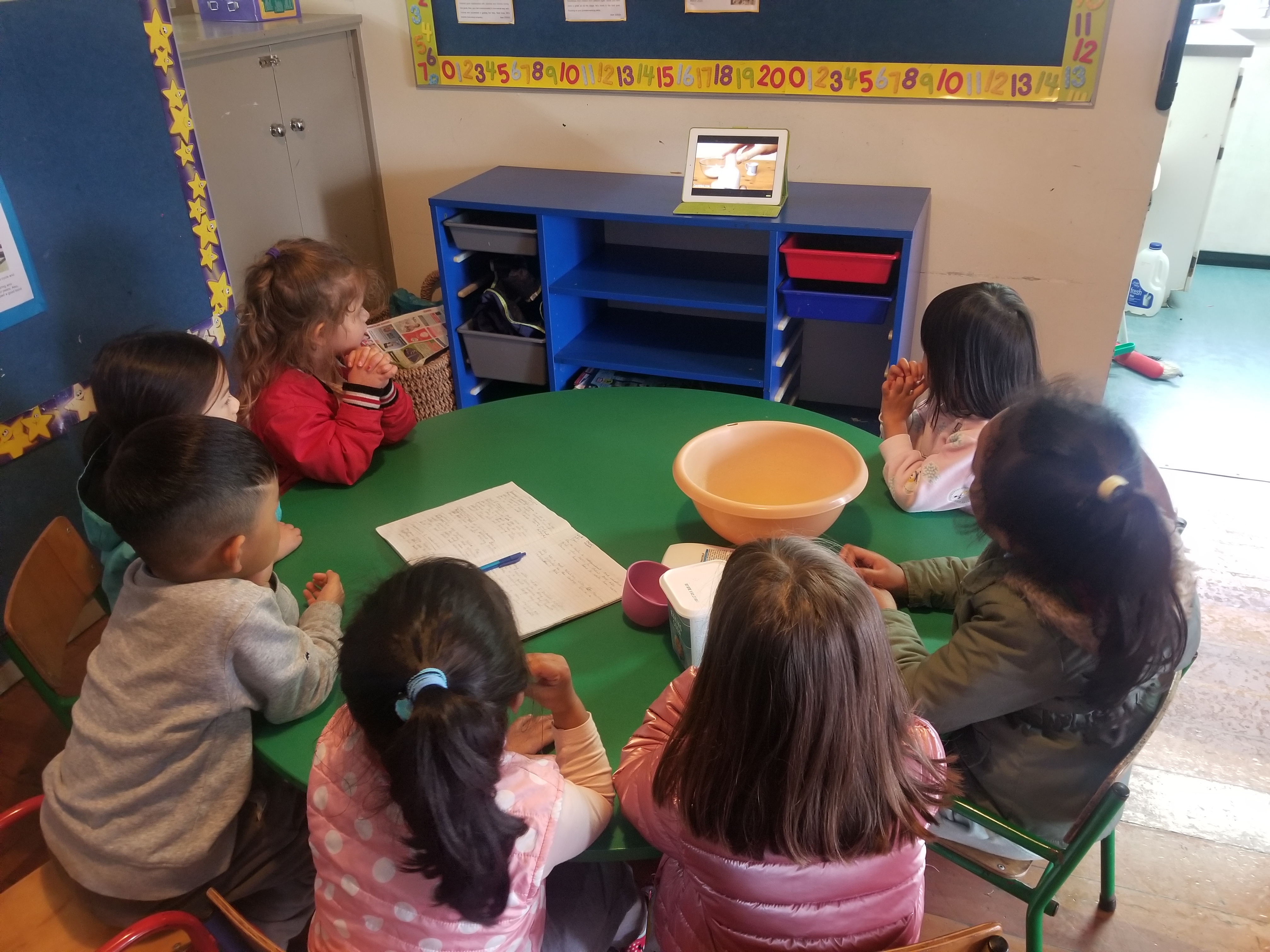 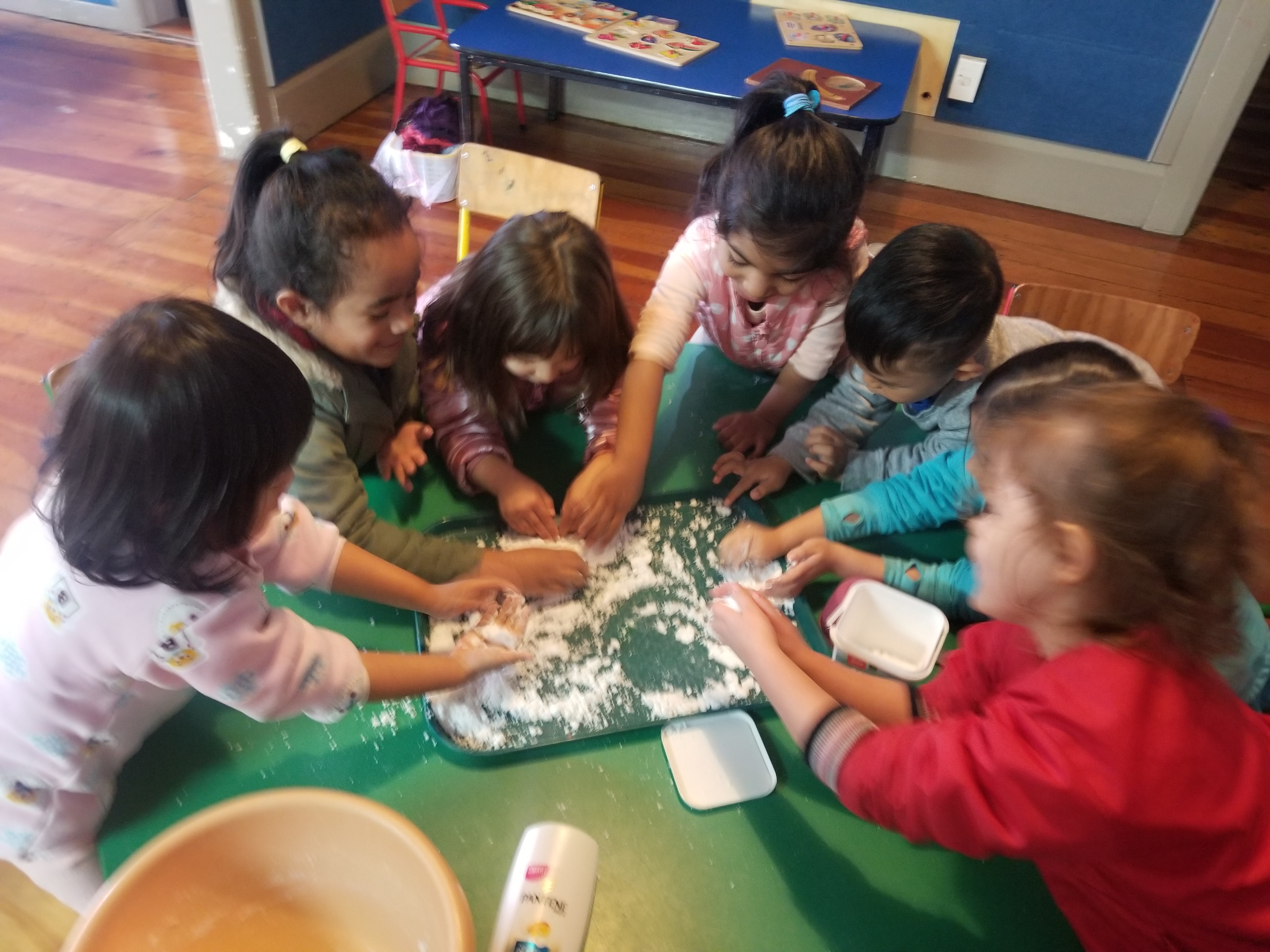 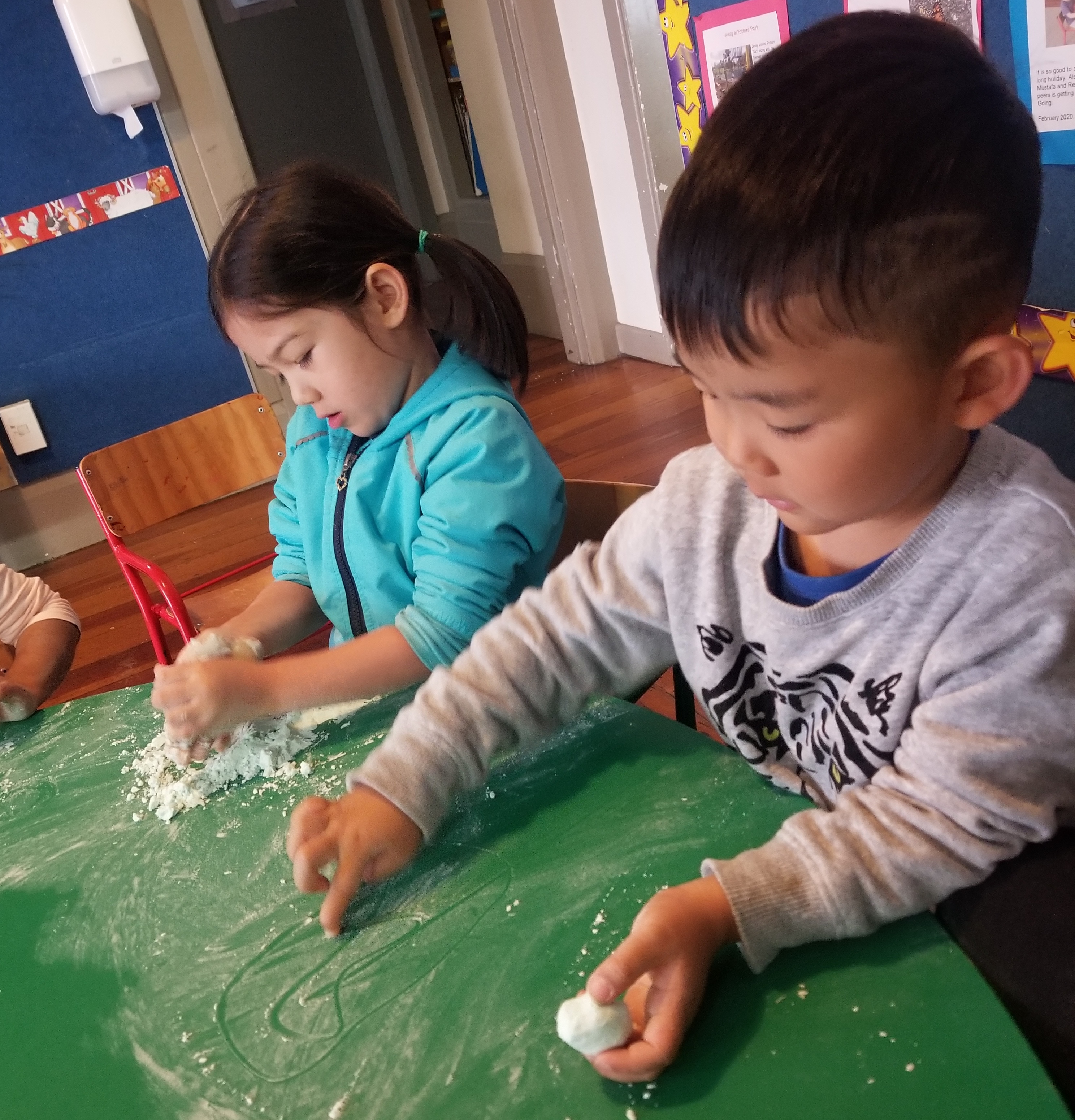 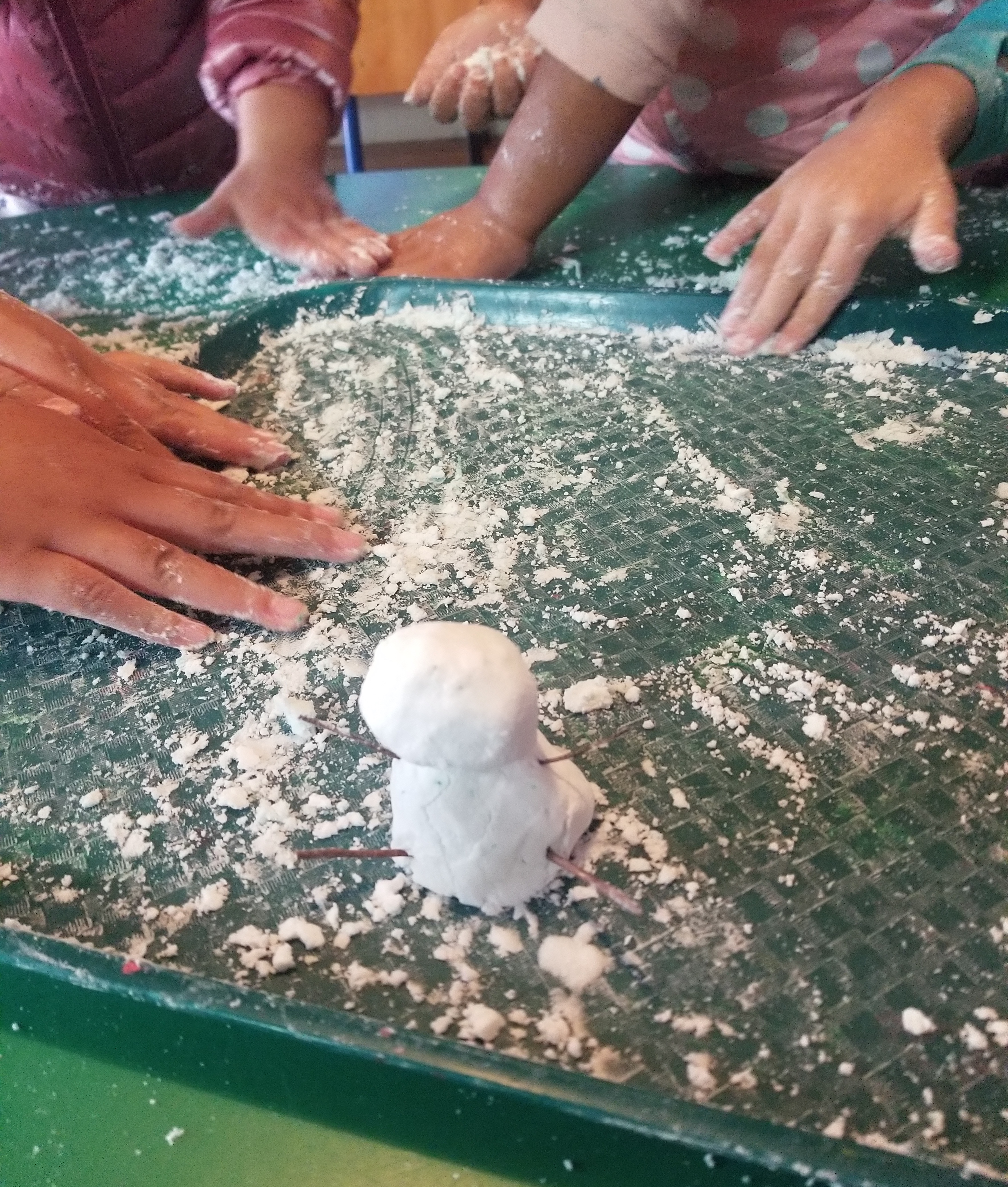